My Dell Inspiron 15 7547 arrived on Nov. 4, election day. I powered it up that Friday, and took it off to WordCamp Raleigh on that Saturday/Sunday. We had family visiting much of this week, so as of this writing (Nov. 15), I’ve had only about five days of experience with it and Windows 8.1 (finally replaced the XP machine). Will be posting here as I learn more.

This has a touch screen (which I don’t think I’ll use much) and a touch pad. I’m beginning to figure out the touch pad which, unlike the others I’ve used over the last 15 years, requires an extra click after scrolliing with a click/drag on the scroll bar. It appears that unless you click (i.e. tap) again to “end” the scrolling, it’ll continue to think your mouse movements are part of the scroll and flip you off to never never land.

Aside from remembering the click, I may train myself to use the “two finger scroll” (which works with up/down or right left and may be more intuitive in the long run.

There’s also the ClickLock that I may be able to learn. The idea here is

However, a side effect is that the old style click/hold-down the left button and then drag on the touchpad to select text has the same problems as demonstrated in “scrolling weirdness”. The end point of the selection has to be confirmed with a tap or click or what’s actually selected goes wild.

The ClickLock can be turned off, and that may be a better answer if my fingers can’t adjust to it.

There is also the SHIFT/arrow-key method of selecting that does seem to work. However, the arrow keys serve double duty — use the Fn key to change them to PgUp, PgDn, Home and End. So using this method to select large blocks ends up using a 3-key selection.

Okay. I get it. A computer without an Internet connection is a doorstop these days. On the other hand, I chose Windows, but that doesn’t mean I want to use Microsoft’s cloud solution.

One of the first installation steps when bringing up the new machine was to connect the machine to a Microsoft email address. Since I bought Office 2013, not the subscription version (we have only one system that needs Office, and I keep my machines for about 5 years [knock wood]) I’ve avoided that registration.

However, this also affects DropBox. If I want to add DropBox as a “location” known to Word and Excel, it looks as if I have to do that with a Microsoft account. But now that I’ve adapted to the way Windows 8 is using Favorites (maybe that’s not new?), I can browse to the DropBox folder just like with XP.

I managed to set things up so I’m usually working from the Desktop window. About the only thing I do from the Start screen is shut down the machine. I expect there’s a way to put a “shutown” menu item onto the Desktop, but it’s not been a big deal.

Okay, this is an awesome package, but I’ve never taken notes on how I get it installed and this took longer than I expected.

When first installed, this seemed to put my home directory somewhere over under C:/System but then, without my doing anything, an /etc/passwd file appeared that said it was [c:/cygwin64]/home/Nancy. (The first few times I tried to start the CygWin terminal it failed with a message about “Windows is searching for mintty” with a Browse button that when used found the mintty.exe exactly where it was expected to be (/cygwin/bin), but clicking that didn’t help. I was able to start the terminal by replacing?the “-” at the end of the shortcut’s command line with the path to bash.exe. But when my user account line was added to the /etc/passwd file, I was able to remove the reference to bash and replace it with “-” (which invokes a login shell using the program listed in the passwd file).

I then needed a refresher on the difference between .bashrc and .bash_profile, but was able to set up a few aliases ?and change my prompt. [I’d earlier had a problem with PATH, but that seemed to get fixed along with the creation of /etc/passwd and my home directory.]

So I’m posting this article here mainly because the googling for the mintty error message resulted in a few dead ends — some of them pretty old. There may be an underlying, transient bug in the installation process.

Aside from that, I’m sorry that dc is no longer included in the CygWin page, but I suppose I’ve got other options and it has been months since I used it.

[Why do I install CygWin — there are times when it’s easier to fall back on awk/sed for text processing, and I’ll admit I still do backups “by hand” with a shell script. May migrate that to something else, but we’ll see.]

I attended WordCamp Raleigh at NC State this last weekend. I’d been hoping to make it an excuse for an AAUW WordPress discussion for the webmanagers in NC (and nearby) who use Site Resources?(AAUW’s hosted multisite for branch and state websites).That didn’t work out, but here’s the list of links that I could find for the presentations. I expect them all to be on WordPress.TV soon. If you want any of my notes, contact me or post a comment.

Thanks to all the speakers and organizers!

END_OF_DOCUMENT_TOKEN_TO_BE_REPLACED

Okay, I’m putting together a handout of resources to help parents get/keep their kids (and maybe themselves) involved in science, technology, engineering and math.

(I’ve already thought of one more: http://www.makerfairenc.com/ coming up June 7 at the Fairgrounds.)

This morning’s march in Raleigh, organized by the NAACP with support from many other organizations and individuals that care about social justice ?was awesome. It was great to be among so many who want to move North Carolina forward, resisting the powerful forces that are taking it backwards.

Here are a few of my favorite pictures from this ?morning. See more at 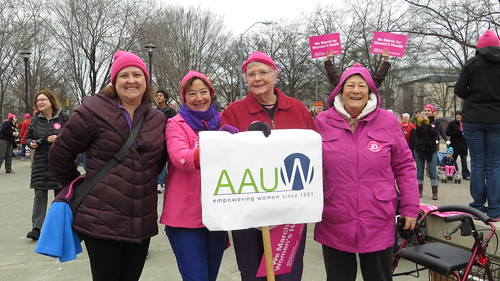 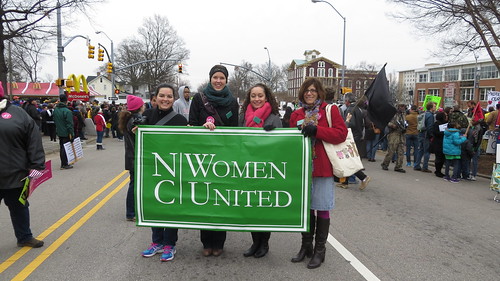 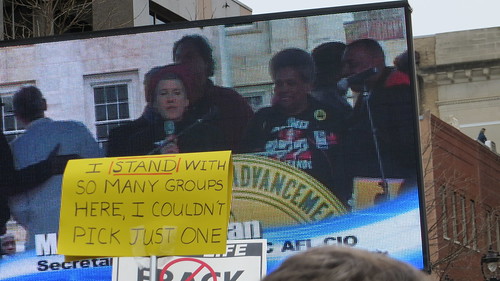 My sentiments, exactly, in front of one of the three Jumbotrons — everyone could see and hear though some of us were blocks from the stage. 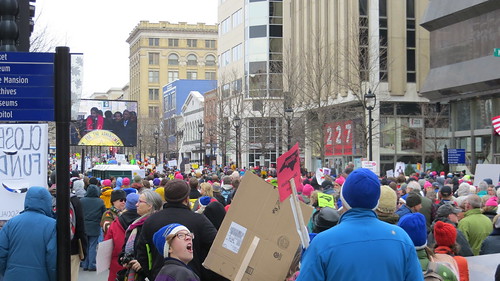 View after noon — still several blocks of people, and lots of pink hats!

Okay, I knew it was going to happen. I’d have to migrate my email off of Eudora — the center of my work day since about 1997.

But I didn’t expect it to happen so suddenly — just poof, and I couldn’t read my email archives (let alone send anything). END_OF_DOCUMENT_TOKEN_TO_BE_REPLACED